What are the best Rock Festivals of Europe? 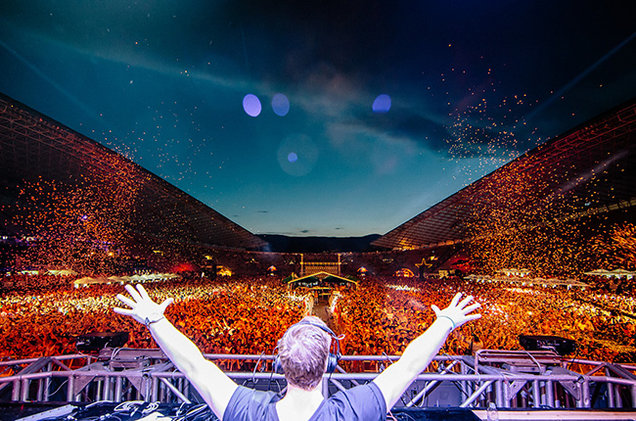 Based on the historical impact of rock & roll in Europe, it’s no surprise that it would serve as a Rock Festival hub. But, of course, rock & roll takes the reign, as it’s among Europeans’ top two music genres. Here are some of the top-rated festivals across Europe:

Hurricane Festival – Taking place in Scheeßel, Germany, since 1997, Hurricane Festival encompasses a blend of rock, electro, alternative, and pop music. In previous years, artists such as Florence + The Machine, The Arctic Monkeys, Green Day, and the Red Hot Chili Peppers have performed at this historic event.

Download Festival – Debuting in 2003, Download Festival is one of the most notorious rock and metal festivals in the UK and occurs annually. The festival spans two days, typically during the summer, and always at Donington Park in England.

Sziget Festival – Although this festival isn’t exclusive to rock, Sziget Festival provides its audience with both an audio and visual experience. In addition, Sziget Festival is home to different subgenres of rock, such as alternative, punk, heavy metal, psychedelic, pop, and hip hop influences. This festival takes place in Budapest, Hungary, on an annual basis.

Reading & Leeds – Reading and Leeds represents another joint music festival in which both festivals take place at different venues. Typically the pair occurs at the same time of the year yet star different line-ups. Infamously known as one of the world’s oldest festivals, Reading is known to have some of the best line-ups in the world, featuring globally famous artists. Leeds is no exception. Although initially created to expand the Readings festival, Leeds has continuously made headlines and expanded its predecessor.

Where are your favorite European musicians from?
August 7, 2021

Who were the previous Eurovision Song Contests winners?
May 9, 2019

What are the best Classical Music Festivals of Europe?
May 9, 2019

What are the Top Summer Jazz Festivals of Europe?
May 9, 2019